Today everyone can be a part of voodoo culture.
Only for 4.99$ you can get a special course that will teach how easy to make others people feel pain of sweet hell. Are you tired of your annoying neighbors, or maybe you hate someone on your job, or you just inloved and not getting attention?
We can turn all this problems in cold revenge. Call us now - 1-111-11-111-111-11(1/1/1) and all your dreams will come true! 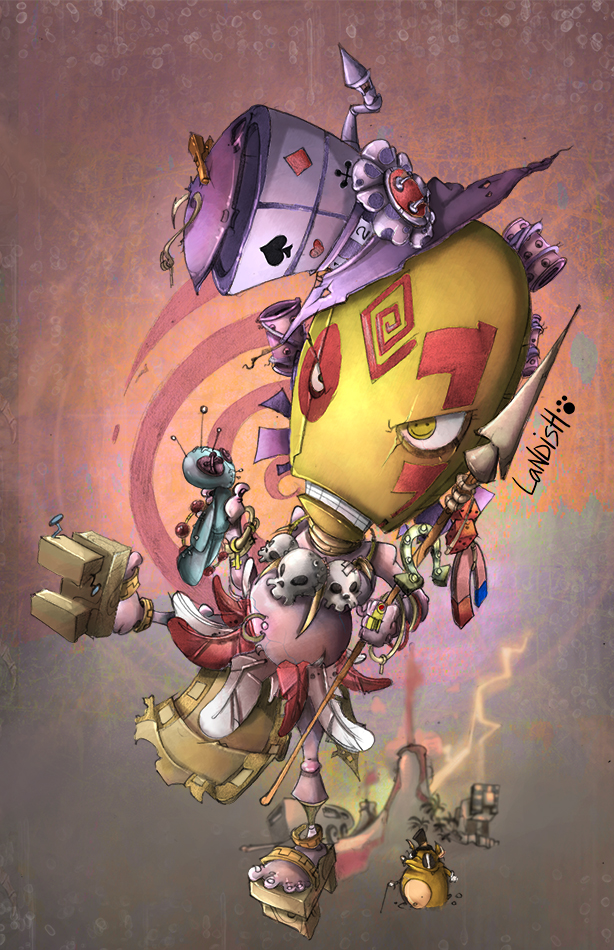 And this my homework on classic animation.
Music by Papa Roach

The war already started when I walk out from bathroom. I only heard screams and explosions. Haha, that drive is for me, I took my soviet cannon from a closet and walk out to the streets. Smoke of powder and running people - all this made beauty beginning of beautiful day... 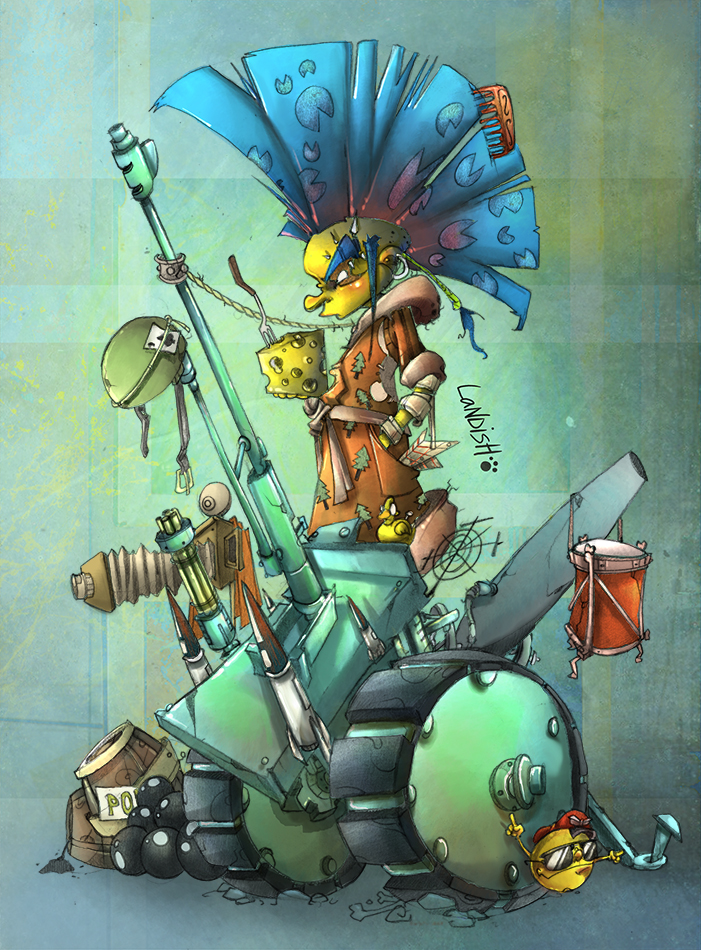 To be a rockstar

Well, if I was not somebody who like to draw most definately i was somebody who want to play in a rockband.
And I was that person. I remember my school years and bands where I was playing. My first band i made at age 13. There were two guys: me and my friend and we were playing on kid piano Casio SA-24. That was pretty funny shit, but we were thinking that we are the coolest band in whole world. And also we made two albums.
Damn, guys, I tellin' you, if you were listen this, you probably were never talk to me again.
But somehow i kept this idea on makin' music and also we made a band (with two more guys) that calls "Hoax" and were playin' alternative-nu-metal-punk-rock. Not funny. That was exactly like this. The point is, that two guys our drummer and basist like punk music and me with our guitarist like nu-metal (golden ages of Korn, Limp Bizkit). So our songs were really different. But after school years everybody went to their places and after that i didn't played seriously. And I really miss it.
So to be a rockstar-ain't easy, baby. 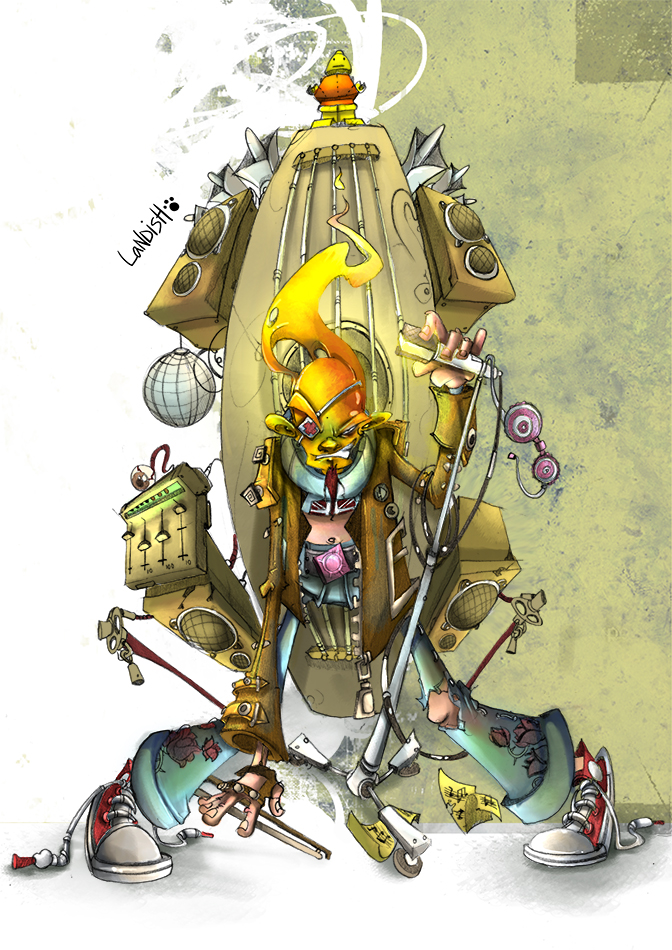 And this cool girl is Tina.
She is real person and that was a lot of fun to draw her. 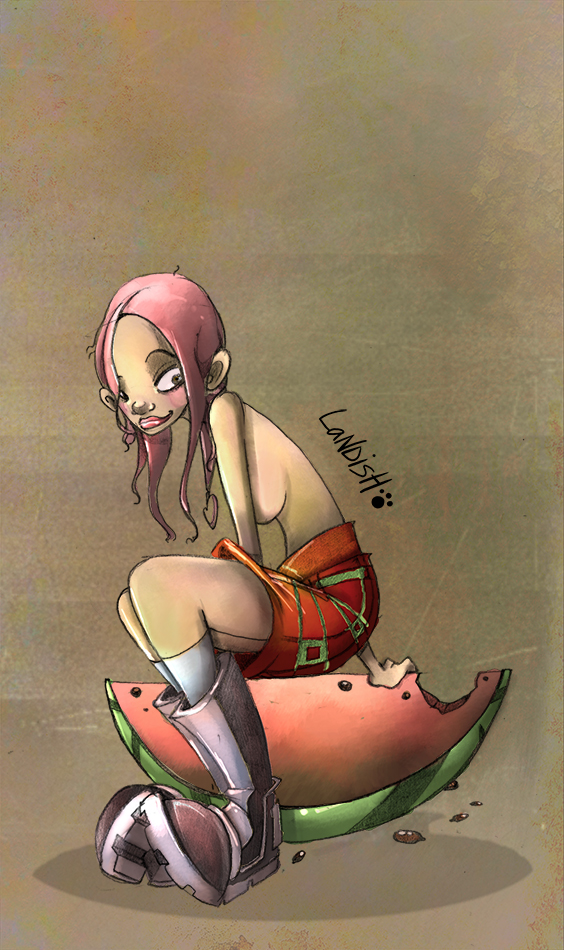 And my animations.
Animation by me and Adas Noa (stop motion)

Posted by Landish at 3:08 AM No comments:

Landish
I was born in Russia where I graduated high school. At age 17 I moved to Israel. In 2011 I recieved BFA in animation in Bezalel Academy of Art and Design Jerusalem. In 2012 I received MFA in illustration/comics in Hogeschool Sint-Lukas Brussels in Belgium. Right now I live in Antwerpen, but work in Brussels. In this blog I put my own art and some commercial projects done by me. Enjoy!